While we’re known for our custom conference tables, we also build a variety of other office furniture. If you’ve ever attended a lecture in a large room or hall, you probably noticed the speaker standing behind a small wooden booth. If someone asked you what the booth was called, you’d probably answer “podium”… but was it really a podium? 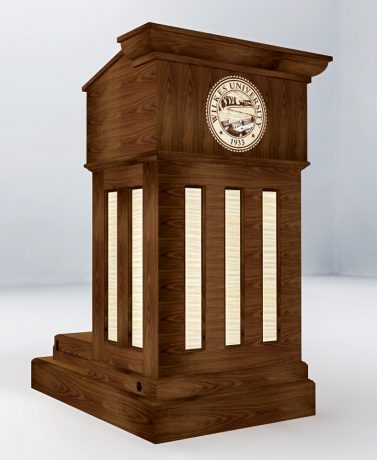 The word “podium” comes from the Greek word “podi,” which actually means “foot.” (Hence why foot doctors are called podiatrists.) A podium is a platform meant to elevate a person. This is so that they’re standing slightly higher than the people around them. The most popular example of a podium is the three-tiered one used in the Olympic games to present the winners who receive first-place, second-place, and third-place medals.

A lectern, on the other hand, is what you’ll often find in lecture halls or boardrooms. The word “lectern” comes from the Latin word “legere,” which means “to read.” Lecterns are essentially desks with slanted tops that hold documents for the people standing behind them. While lecterns have been used for centuries, today’s lecterns are far more modern. They can be designed to include technological features like microphones, audiovisual controls, and more. 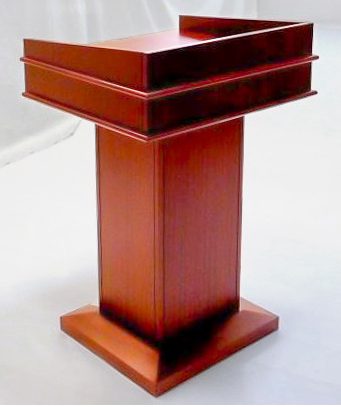 It’s become increasingly common to refer to podiums and lecterns interchangeably. However, they’re technically different pieces of furniture. While a lectern could potentially incorporate a podium, a person doesn’t often stand on a lectern. They stand on a podium and behind a lectern.

At Paul Downs, we can increase the functionality of your lectern in many ways. For example, we can add an inlaid logo or even a slot for iPads to display client logos for presentation. One of the most common integrations we make is adjustable height. We’re able to do this in the podium as shown in this Wilkes University lectern or in the top as shown in this Erie Insurance lectern.

If you’re interested in your very own podium or lectern, check out the ones we’ve done for clients like Nationwide, NASA, and more. Please don’t hesitate to contact our design experts! We can create pieces that mimic these designs entirely or we can customize it to your needs. From the wood we use to the details we include, we’ll help you design your custom office furniture. 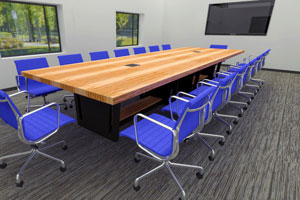 The most professional company we worked with throughout our construction job. They were engaged throughout the process [and] presented multiple options every step of the way. They were extremely responsive and helpful. Quality of work was incredible. Highly, highly recommend them. 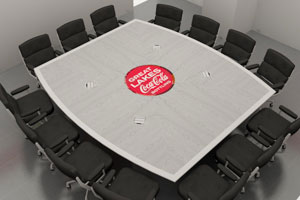 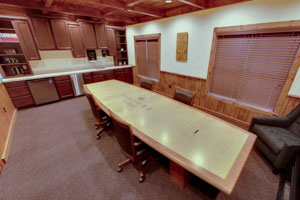 What they were able to come up with is nothing short of amazing! The product itself is top-notch, and they also help you understand each step in the process. Highly professional and the finished product is exactly what they say it will be. Everyone on our staff loves the table! 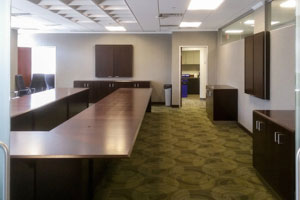 It was an incredible experience from the start. After two conversations, [they] had a design in my hands that was spot on. Words can’t express how great the room came out. Everyone here is ecstatic. The first words out of their mouths when they see the room is ‘Wow!’

Paul Downs delivered on every promise. The workmanship was outstanding and the process was seamless. We are very pleased with the end product and would not hesitate to use them again!

This particular conference room was the last room our customers wanted to use for their meetings. The old table wasn’t functional and the look and feel of the room didn’t seem to facilitate conversations. Once the new table was installed, this meeting room turned into our most requested space.

The table arrived and it is beautiful. It is exactly what we were hoping for. We are actually going to be having our first meeting at it this morning and I am looking forward to hearing everyone’s reactions.